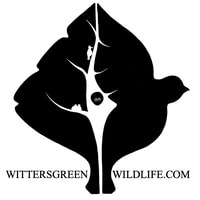 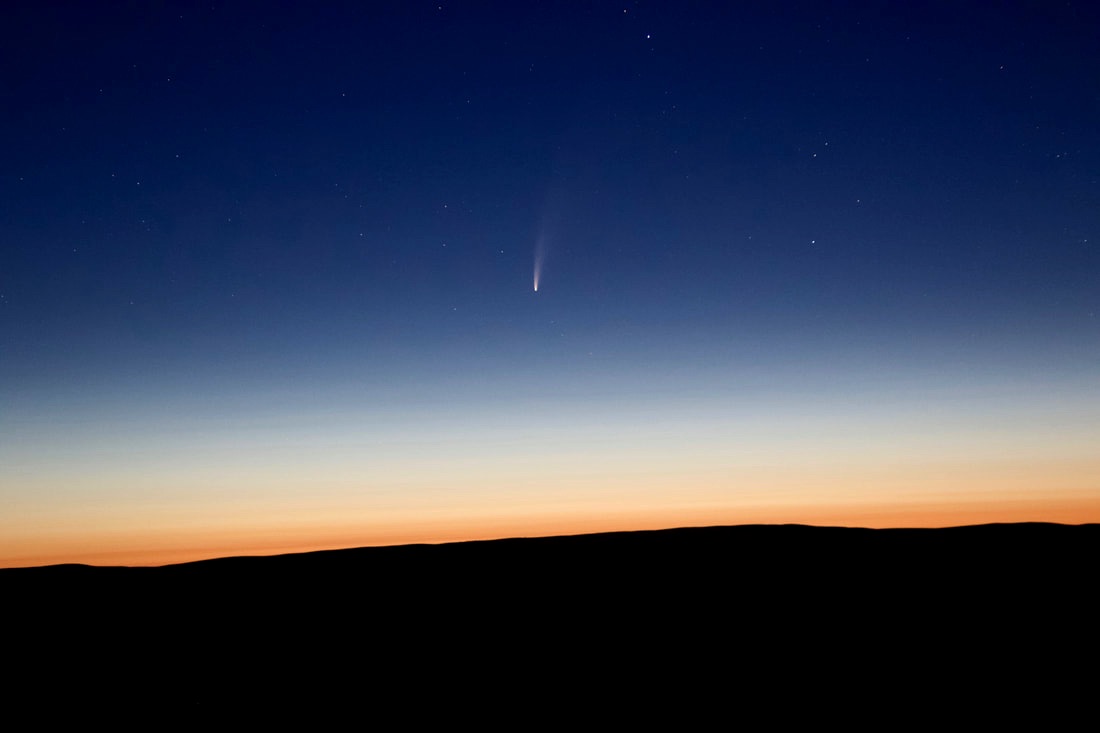 Comet Neowise -- 10 JUL 2020 -- Woodworth, North Dakota
see also: Solar Eclipse​
Lunar Eclipse
About 25 days into a cross-country, Atlantic - Pacific - Atlantic RV journey, I stayed up all night and drove across North Dakota, leaving Theodore Roosevelt National Park's Painted Canyon at sunset. Re-entering I-94 at Bismarck after refueling just past midnight, I was weaving between the lanes a little, with the wind pushing on the long sides of the camper as I tried to open the package of a snack, and I was pulled over by a cop who detained me - in his car with a barking, growling German Shepherd - for over an hour while he ran my background information, found nothing of concern, and sent me on my way without issuing any citation. I'd quit caffeine a week before this night, but with my heart racing from the fear of what the officer or his K-9 partner could have done with me, to me, I had no problem staying alert.

If only finally moving forward  meant I would soon hit that west to east highway I'd been aiming for, but no.  Me and the RV followed that bare outline of what maybe a year before, or maybe ten, had been at least a tractor trail with street signs on either end, winding, and bumping, and spinning mud for what seemed about as long as I'd driven all night. When those wheels finally met hard pavement, I did the first wise thing I'd done for the last twelve hours and decided I'd best go ahead and pull aside, a little early, for my planned photo shoot of Comet Neowise, set to appear just before dawn.

Neowise was the first comet I'd ever seen, much less photographed, and it was a phenomenal sight. As often happens for me when I train my camera on something I'm most excited to see, like a rare, life bird, or a bull moose that's suddenly appeared right in mere feet from me, I flubbed the first few photos. and as Neowise exited the sky of my visual field, shivering, I got back into the camper which was tilted precariously on a narrow strip of highway shoulder, and I climbed up in the bunk over the cab, curled up, rolled down to the lowest corner of the mattress, and fell asleep.

Passing semi-trucks woke me periodically with their roar, the traumatized, rented RV trembling in response, and then my phone rang, as predicted, at 8:30 am Central Time, 9:30 am Eastern - my first client of the day, pandemic phone session, she from her parents' home in Connecticut, her senior year of college truncated, graduation canceled, the promised job offer rescinded, younger siblings annoyed she'd returned, as if she'd done so to spite them...and so the day began, again.